The creation of my DIY custom bow 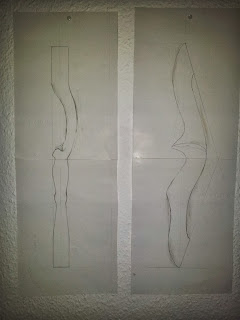 I always wanted to build a takedown recurve bow by myself. In the past I already made a selfbow and a pvc bow - both with a very low draw-weight. With this project I really did not knew where to start - so I watched a lot of youtube videos and gathered as much as possible knowledge.

Then, everything started with a drawing that I made on the backside of an old calendar.I took the main measurements from an existing bow, but made the look much more biological. I do not wanted any hard edges on that bow. The sight-window will be a wide curve to let the archer see as much as possible of the target. 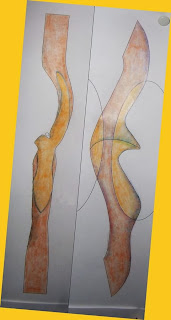 I scanned the sketches into the computer and made an Adobe Illustrator file out of it. The first drafts involved the idea to make the riser from two different coloured woods. But I did not know how to saw the elliptical form. So I decided to make a simple prototype from ply-wood. Nothing fancy for the first prototype.

Then I glued (Uhu Endfest 300) three layers of two centimeter thick ply-wood together to a big block and glued printings of my Illustrator-file on top of that. The next step was to saw everything out with a jigsaw and a lot (!!!) of work on the belt sander.

A lot of sanding with sand paper followed and a varnish with linseed oil.

Now I prepared the parts of the riser where the limbs gets attached. 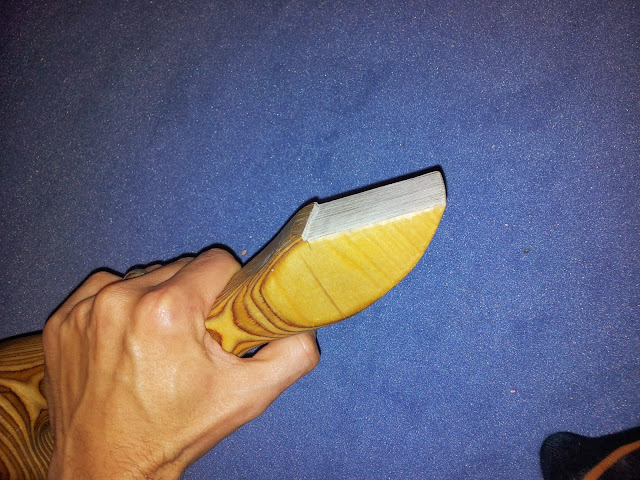 Then I built the riser plates from stainless steel. I brazed three pieces to an "H" shape and drilled the holes for the limb skrews. 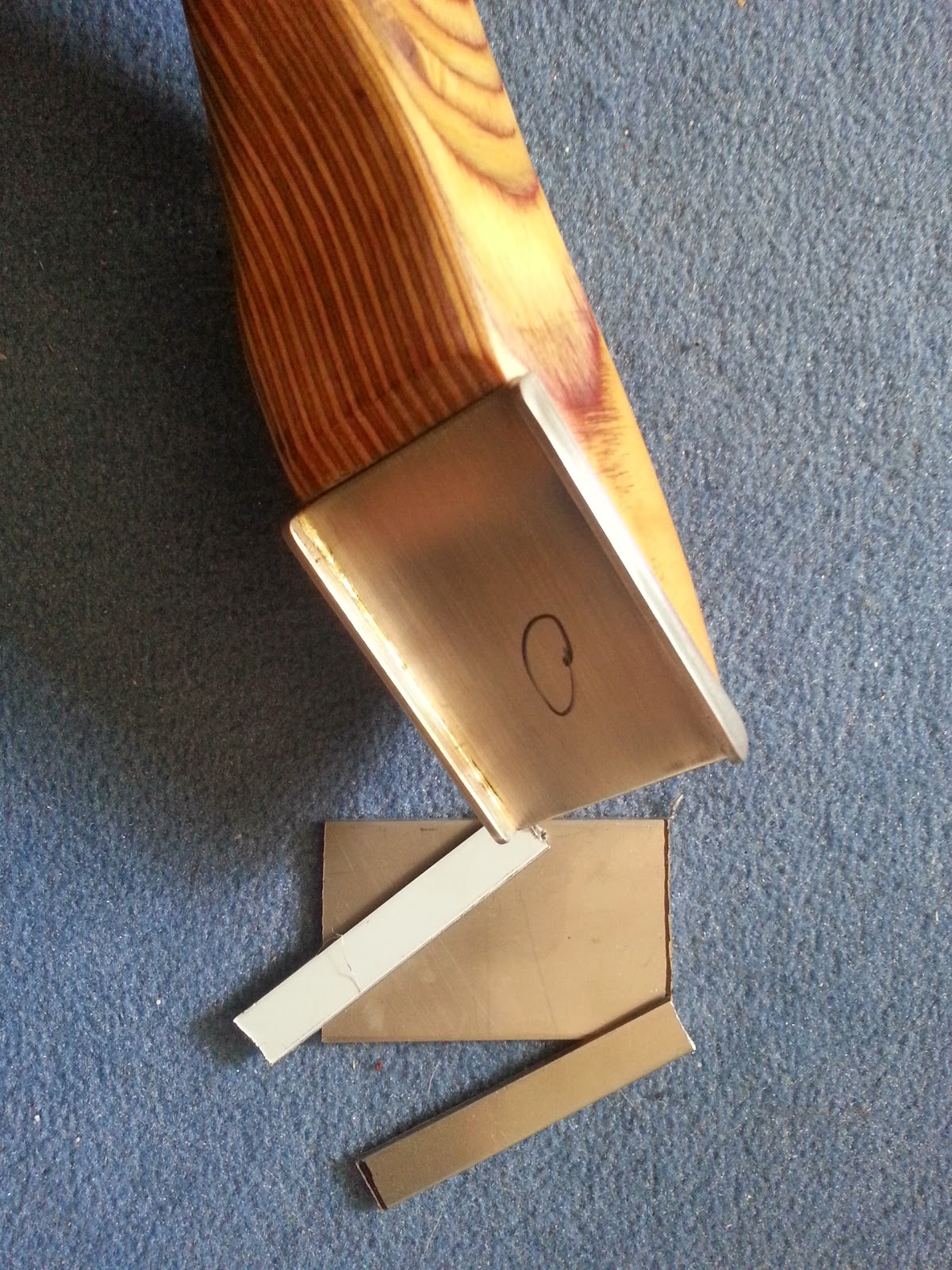 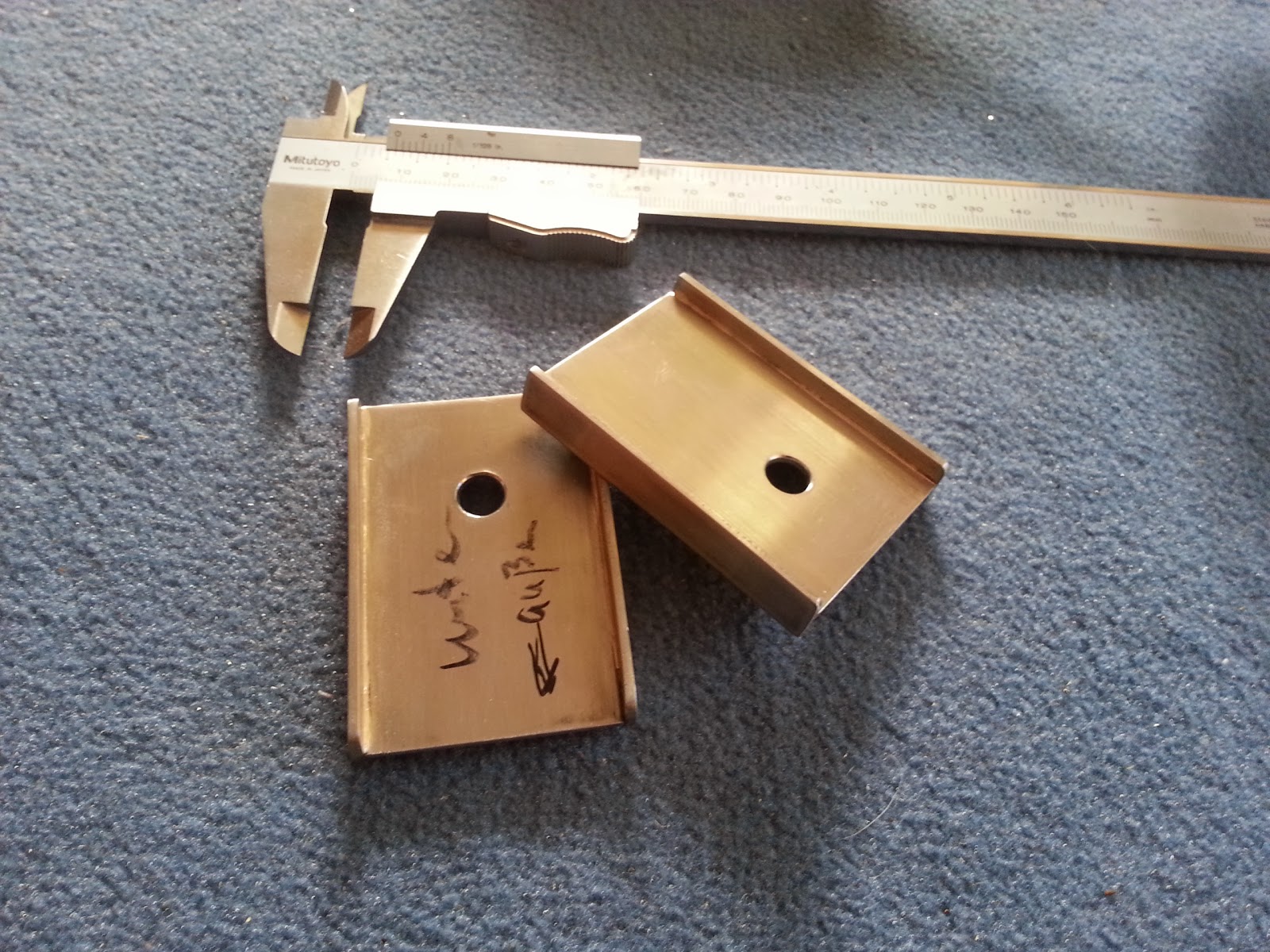 I installed the thread inserts in the riser and glued the riser plates into place. 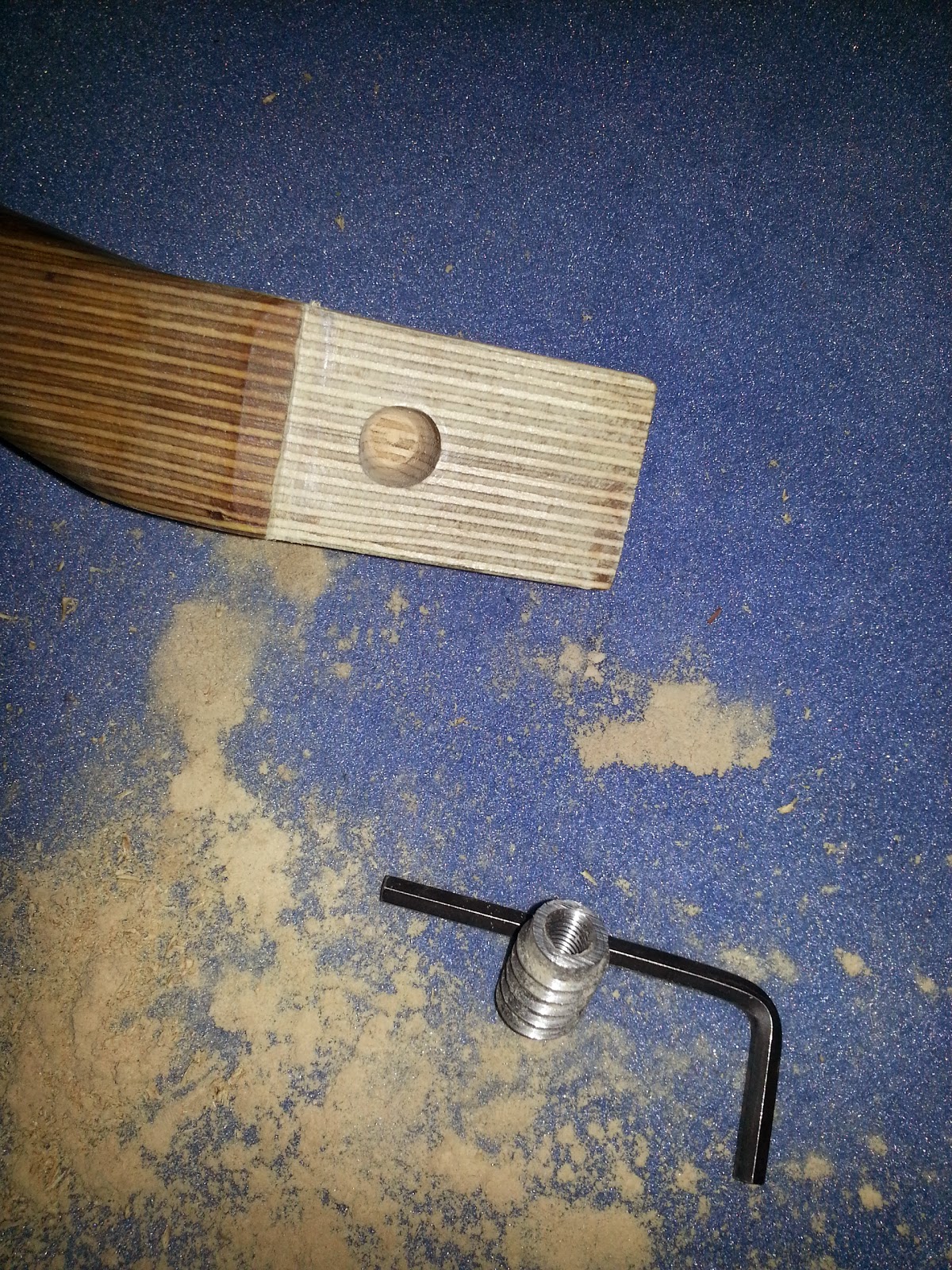 Finally here are some impressions of the completed riser. 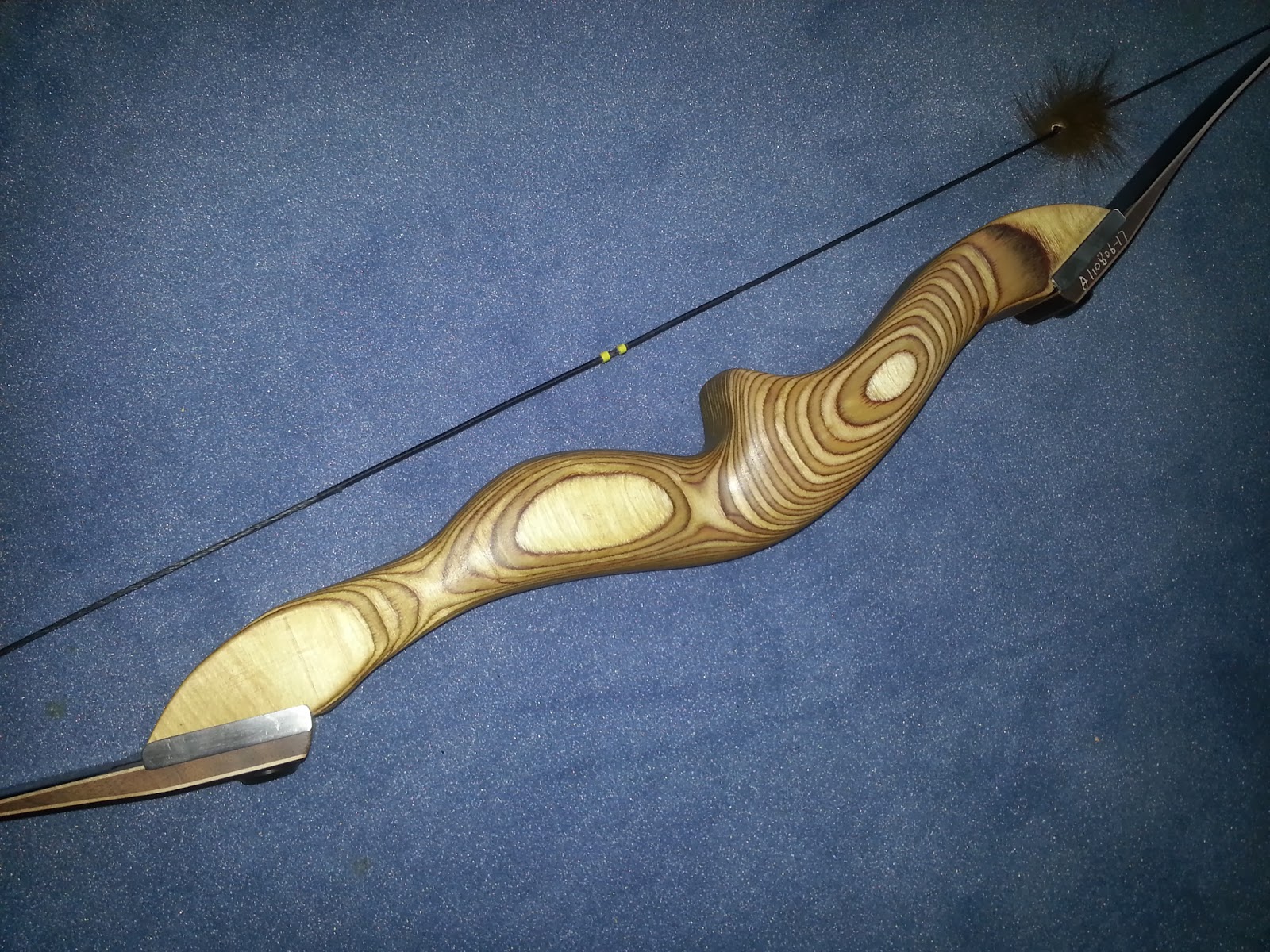 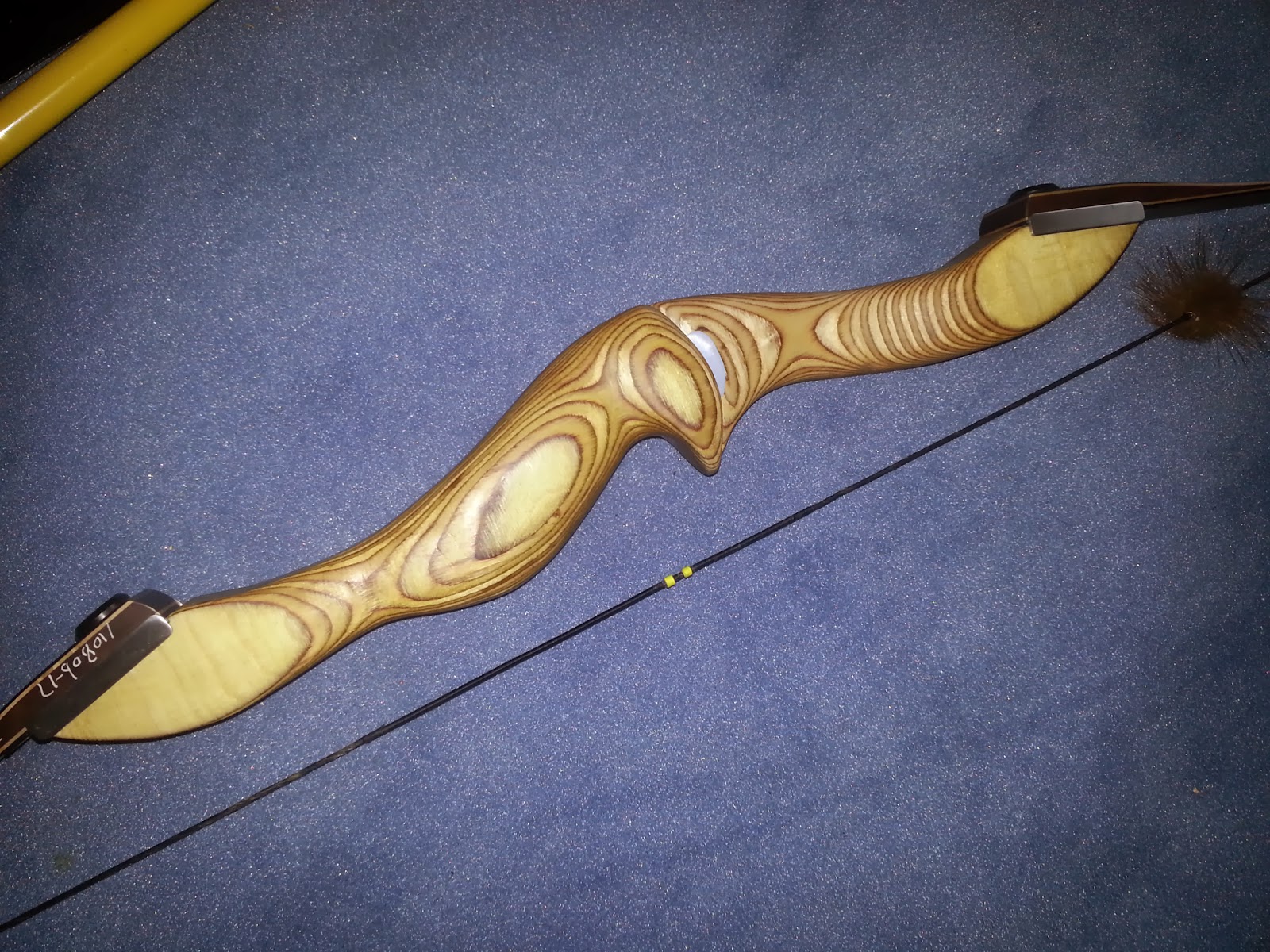 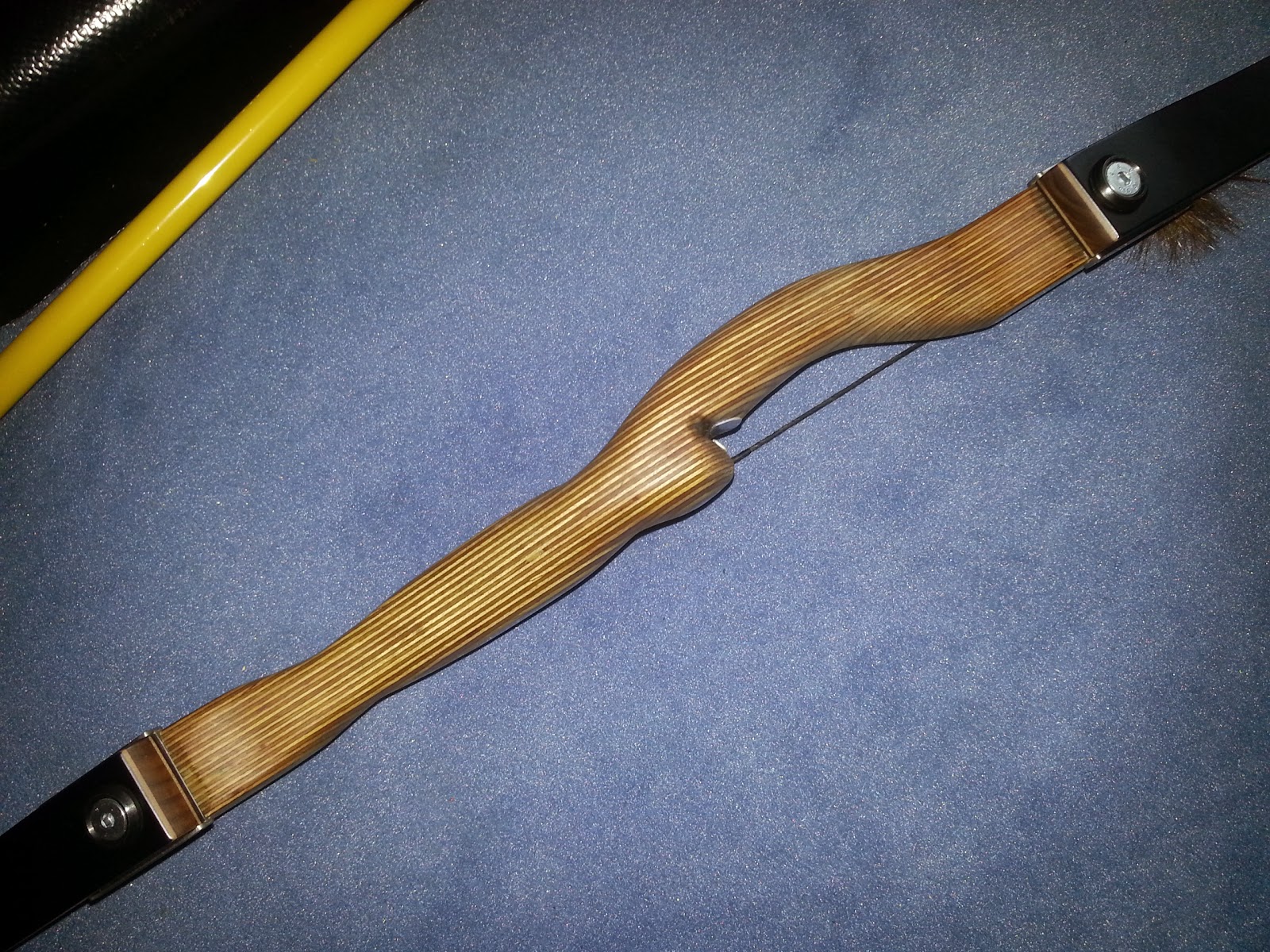 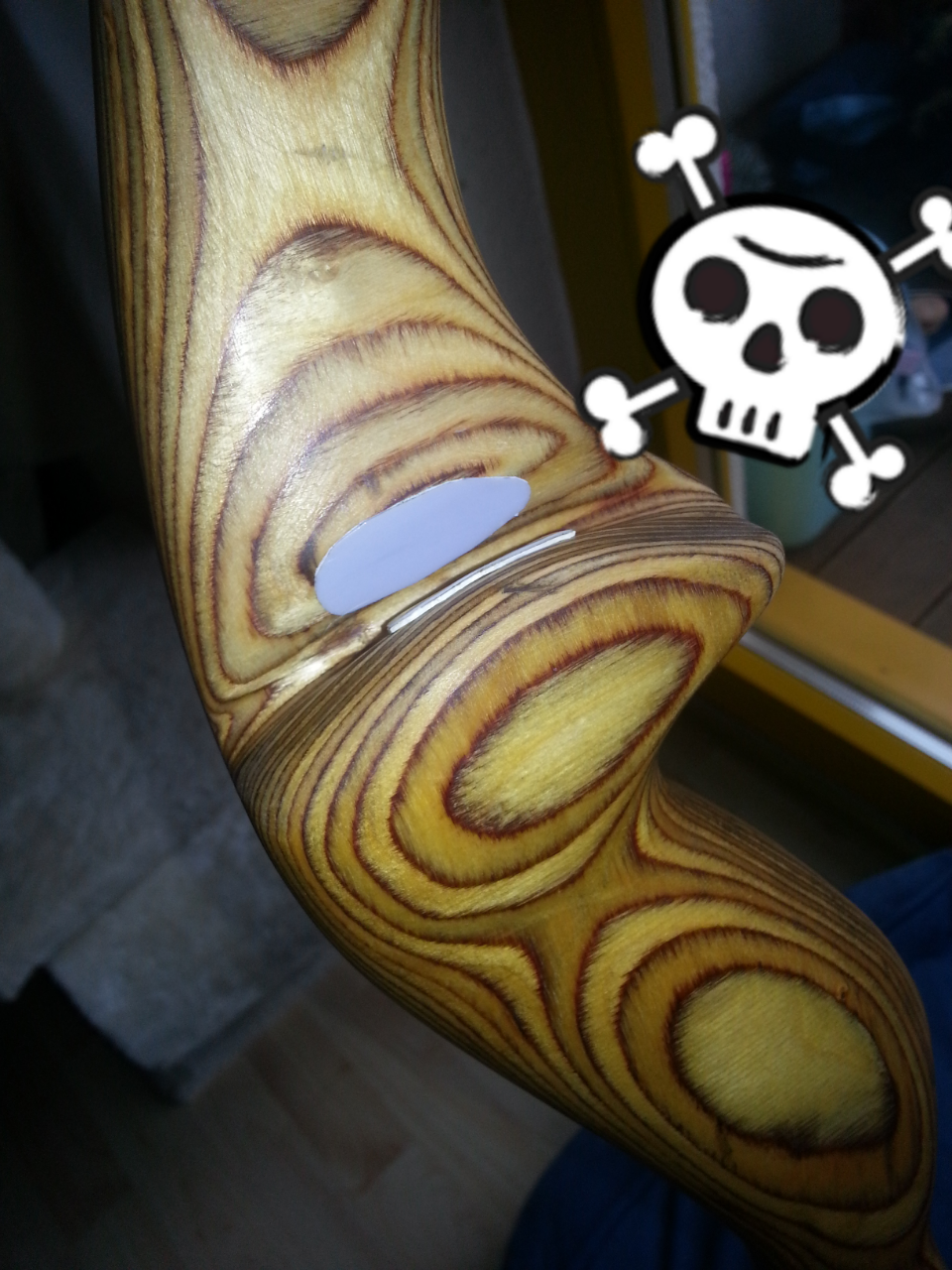